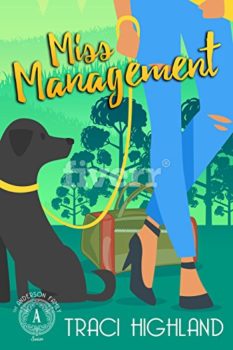 Mags has gotten herself in a ton of trouble: she’s lost her job, any hope for references, and she’s going to run out of money…fast.

Yeah, sure, it may be her fault for punching her boss, but the jerk totally had it coming.

Nobody listens to her until she reaches her boiling point, and by then, well, she’ll admit that there’s no stopping Mr. Fist To The Face.

Now her years of hard work as a speech therapist are about to go down the drain unless she can find some way to salvage her career. So when her Aunt Elise calls to say that she has a job for her, it’s not like she can say no, even if the job is up in the wilds of Vermont.

Between stuffed moose, sloppy dogs and sexy men, Vermont proves to be a lot more interesting than she expected. But when she uncovers a scheme that would put her new employers’ livelihood in jeopardy, more than just hydrangea bushes are about to get squashed.

Other Books by Traci Highland 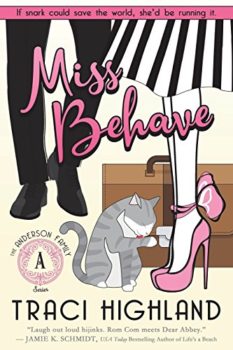 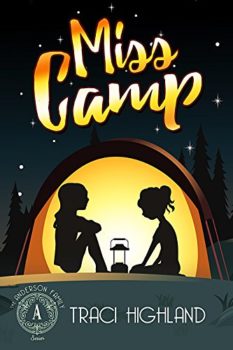 Traci Highland writes funny books for sassy ladies. She is a graduate of Bryn Mawr College and has a Master’s from Quinnipiac University. She uses this education to write books, bake cakes, garden and make homemade jams. Her children say she’s bossy, her husband says she’s high-maintenance, but the dog thinks she’s perfect.