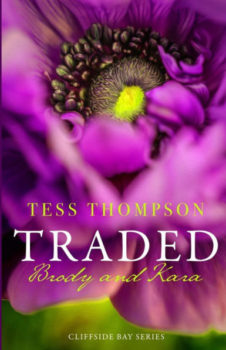 Brody Mullen is the best quarterback in the AFL, and his Super Bowl win only confirms what he’s suspected his entire career: romantic entanglements are bad for his game. No women. No sex. No problems. But after hiring a beautiful nurse to care for his mother, his resolve begins to weaken.

The small coastal town of Cliffside Bay, California seems like the perfect place to start over for Kara Eaton. Shielded by her new identity from the Witness Protection Program, she takes a job as a nurse and commits to never speaking of her past, lest she risk losing her life. The only problem? Falling for the handsome, very public, football player who hires her.

The first installment of The Cliffside Bay Series by bestselling author Tess Thompson follows the interwoven stories of five best friends, the beach community they love, and the women who captivate them. Prepare to get lost in a wave of small town charm, men you would love to take home to your mother, and smart, resilient heroines you wished lived next door.