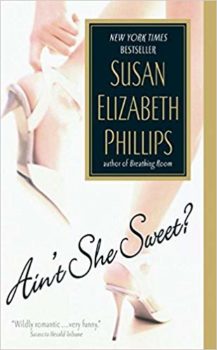 The girl everybody loves to hate has returned to the town she'd sworn to leave behind forever. As the rich, spoiled princess of Parrish, Mississippi, Sugar Beth Carey had broken hearts, ruined friendships, and destroyed reputations. But fifteen years have passed, and life has taught Sugar Beth its toughest lessons. Now she's come home---broke, desperate, and too proud to show it.

The people of Parrish don't believe in forgive and forget. When the Seawillows, Sugar Beth's former girlfriends, get the chance to turn the tables on her, they don't hesitate. And Winnie Davis, Sugar Beth's most bitter enemy, intends to humiliate her in the worst possible way.

Then there's Colin Byrne. . . . Fifteen years earlier, Sugar Beth had tried to ruin his career. Now he's rich, powerful, and the owner of her old home. Even worse, this modern-day dark prince is planning exactly the sort of revenge best designed to bring a beautiful princess to her knees.

But none of them have reckoned on the unexpected strength of a woman who's learned survival the hard way.

While Sugar Beth's battered heart struggles to overcome old mistakes, Colin must choose between payback and love. Does the baddest girl in town deserve a second chance, or are some things beyond forgiving?