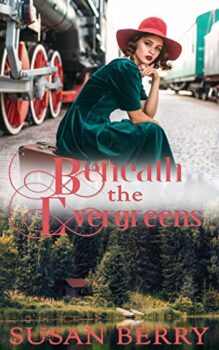 Beneath the Evergreens
by Susan Berry

Can she stop the past from dictating her future?

After aging out of the orphanage she's been raised in, Emma Stanton is determined to change her luck. But how? So when a chance meeting presents her with the opportunity to work at a remote woman's only logging camp, how can she say no? She'll be able to escape her past and start over.

Working as a Lumberjill presents Emma with danger and challenges, but nothing feels more terrifying than the fact she's falling for her boss, a smug, handsome but intriguing man who makes her question whether love is worth the risk. Caught in a tug-of-war between self-preservation and her desires, Emma knows she must soon decide how far she is willing to go to have a chance at happiness beneath the evergreens.

Other Books by Susan Berry 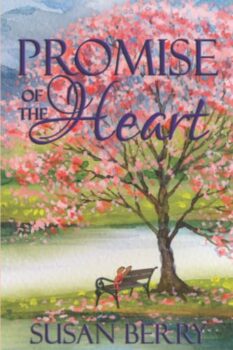 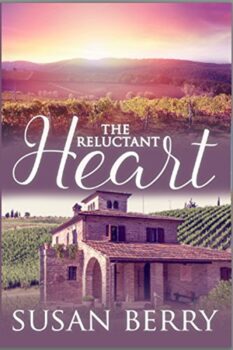 The Reluctant Heart
Moments of the Heart Book 2 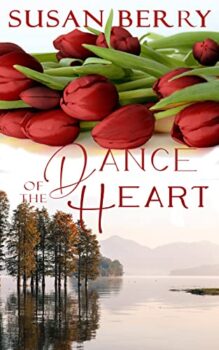 Susan Berry was raised in the beautiful Pacific Northwest, Weekends often found her family camping in the Cascade Mountains or playing in the snow of Mt. Rainier. After earning a degree in Social Science from Pierce College, by chance Susan landed a job as a leasing consultant for an apartment community, a position outside her chosen career path---but it came with a free apartment. She spent the next twenty years in real estate, working her way up to asset manager of a portfolio with more than twenty-five-hundred units and a staff of thirty. Not bad for a first job out of college. But severe rheumatoid arthritis left Susan wheelchair dependent, with the inevitable decision to leave her job. Her husband did some leaving of his own. Now a divorced mother of a young daughter still living at home, Susan needed to pivot and fast. To pay the bills, she made pageant wear for children of friends. In the evening hours, with her daughter fast asleep, she started writing her first novel, Dance of the Heart. By the time her daughter graduated college, Susan's arthritis was to the point she could no longer sew. She had just finished the manuscript for her book, so she decided to pursue her childhood dream of being an author. After a disappointing one-book experience with a small publishing house, she chose to self-publish. Susan wrote The Reluctant Heart---a sequel to that first book and felt energized about her writing career again. However, fate dealt the fledgling author another challenge. A severe accident resulted in her left leg amputation. But even as a bedbound paraplegic, Susan could still indulge in her lifelong love of writing and produced Promise of the Heart, the third book in what became her Moments of the Heart series. Today you can find Susan watching the hummingbirds out her living room window overlooking her flowerbeds, and typing away on her tablet. With God on her side, and chocolate bars aplenty, she continues her fulfilling journey as an author---and advocates for those who need her help. Every novel she writes, every story she tells, her fondest wish is it brings as much happiness to the reader as it has for her to share it Along with romance novels, Susan has written several articles regarding social issues close to her heart and had the privilege of being a guest speaker for Together We Care, a diverse group of Puget Sound collaborators who are partnering toward achieving outstanding care for individuals experiencing chronic illness in the community.