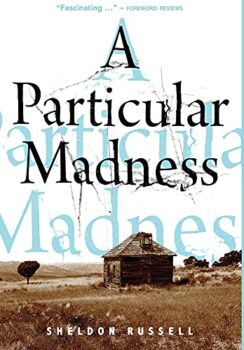 A Particular Madness
by Sheldon Russell

Growing up in the rural impoverishment of post-Depression Oklahoma, and surrounded by feuding family factions, free-spirited Jacob Roland hungers for knowledge and a world beyond his reach.

But dark forces are growing in Jacob, twisting with the same ruthless, relentless power of a tornado across the Oklahoma prairies. Jacob battles against these aberrant forces, but, trapped by poverty and a growing mental illness, he is thwarted at every turn. For every light—a chance at college, the love of a poised, sophisticated woman—there is a greater darkness within him.

Failed by circumstance, community, and his own mental health, is there an escape for Jacob’s bright, wounded spirit, or will he forever be a prisoner of a particular madness?

Other Books by Sheldon Russell 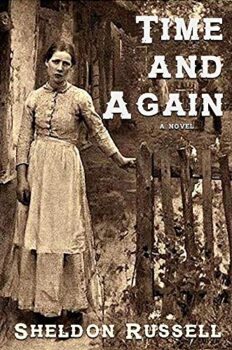 The Dig
In Search of Coronado's Treasure

The Hanging of Samuel Ash
A Hook Runyon Mystery Book 4