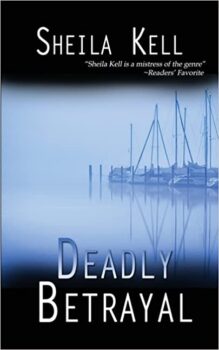 When trusting the wrong person can be deadly.

From Romantic Suspense BEST-SELLING and AWARD-WINNING Author * What happens when a former FBI analyst quits her job to become a PI and ends up partnering with the man who left her fourteen years earlier? In Sheila Kell's riveting novel of secrets, deceit, and romance, two people rush to find a killer while reckoning with their growing attraction.

Cassie McKay was tired of being passed over as a FBI field agent. She quits her job as a FBI analyst, moved back home with her mother, and takes a job as a PI. Only she hadn't expected her partner to be the one man who'd left her years before.

Jack "JD" Walker had done a lot wrong in his life, but he hadn't killed the mother of his child as the police believed, nor had he expected the only women he'd ever loved to come to his rescue. The two work diligently to prove JD's innocence while someone is determined to make JD pay.

Deadly Betrayal is the first book in the Coastal Investigations series. If you enjoy a thrilling, edge-of-your-seat read, you'll love this installment of Sheila Kell's new romantic suspense series.

Other Books by Sheila Kell 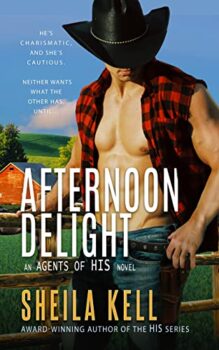 Afternoon Delight
Agents of HIS Book 3

Once Upon A Valentine
Imperfectly Yours Book 2

A Hamilton Christmas
HIS Book 9

His Fantasy
HIS Series Book 8

His Heart
HIS Series Book 7

His Family
HIS Series Book 6

His Destiny
HIS Series Book 5

His Chance
HIS Series Book 4

His Return
HIS Series Book 3

His Choice
HIS Series Book 2

His Desire
HIS Series Book 1

Sheila Kell writes about the romantic men who leave women’s hearts pounding with a happily ever after built on memorable, adrenaline-pumping stories. Or, (since her editor tries to cut down on her long-windedness) simply “Smokin’ Hot Romance & Intrigue.” Her debut novel, HIS DESIRE (HIS Series #1), launched as an Amazon #1 romantic suspense bestseller and Top 100 overall, later winning the Readers’ Favorite award for best romantic suspense novel. As a Southern girl who has left behind her days with the United States Air Force and as a University Vice President, she can usually be found nestled in the Mississippi woods, where she lives with her cats and all the strays that magically find her front door. When she isn’t writing, you can find Sheila with her nose in a good book, dealing with the woodland critters who enjoy her back porch, or wishing she had a genie to do her bidding. Sheila is a member of Romance Writers of America.