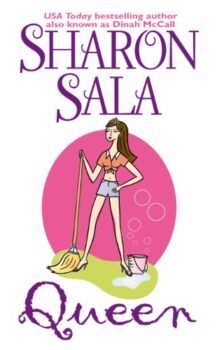 No stranger to responsibility, Queen was the one who cared for her younger sisters when their errant dad was otherwise occupied. Now that the girls are all grown up, Queen is finally free to pursue her own dreams. And she knows they're bound to take her farther than the Tennessee hills...some day.

Cody Bonner loves being the father of three young boys, though raising them on his own is a handful. Then Queen shows up. From the very start Cody knows this fiery, flame-haired lady is much more than just a housekeeper. Her remarkable heart and passion move him in ways he's never felt before. The proud, handsome widower's got a love in him that could make Queen Houston happy for the rest of her days. All he has to do is convince her restless royal highness that the sweetest dreams of all wait just inside his door...