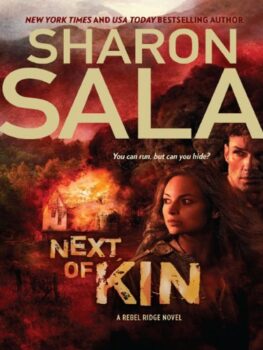 Next of Kin
by Sharon Sala

Beth Venable has seen too much. Witness to a major mob hit, she's placed in protective custody until the trial. But after her third safe house is riddled with bullets, she goes off-grid to save herself. What the FBI can't do, her kinfolk will.

The beautiful but forbidding Appalachian Mountains of Kentucky welcome Beth back, dirt roads and rustic shacks a world apart from L.A. But her homecoming---even her blissful reunion with strong, silent Ryal Walker---is made bittersweet by the fight she's brought to the clan's doorstep. Hidden in a remote cabin with the man she's always wanted, Beth begins to dream of a new life: her old one. But after so long, with such dangers stalking her...impossible.

But love can distill life down to its essence: an elixir of pure hope, nerve---and the will to survive.