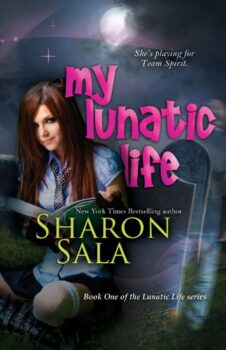 My Lunatic Life
by Sharon Sala

She plays for Team Spirit. High school senior Tara Luna's got all the usual teen problems: a new school, her attraction to a hunky guy, feuds with the Mean Girls, being regarded as an oddball outsider-PLUS she has psychic powers, a duo of protective, meddlesome ghosts AND an angry, threatening teen girl ghost who wants Tara to solve her murder-or else. Now you know why she calls this "my lunatic life."