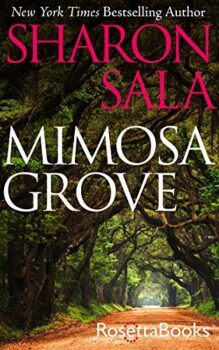 A woman's second sight leads her to a missing girl, and the mystery man of her dreams in this romantic thriller from the New York Times--bestselling author.

Like her mother and grandmother, Laurel Scanlon has the gift of second sight. Though by day she is unfulfilled in life and romance, she welcomes the nightly dreams that show her the image of her true love...

When her grandmother dies, Laurel is drawn back to Mimosa Grove---her ancestral home in the heart of Louisiana bayou country. When the community asks Laurel to help in the search for a missing girl, she gets the shock of her life: the child's uncle, Justin Bouvier, is the man from her dreams.

As Laurel discovers that Justin has been dreaming of her too, she wonders if their twilight connection could become something real. But before they can give in to their hearts, they'll need to draw on their inexplicable link to face threats both seen and unseen in this "intricate tale of treachery and terror" (RT Book Reviews).