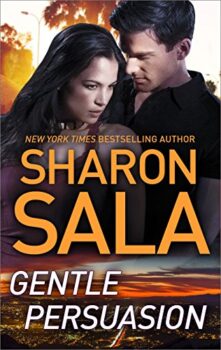 WHOSE SIDE WAS SHE REALLY RUNNING TO?

Debbie Randall told herself her trip from California to Oklahoma was an errand of mercy. Her best friend's father had broken his leg in a car crash, and she had offered to help him out while he recovered. But, deep down inside, she knew that something else---or, rather,someone else---was behind her offer.

While she was helping Morgan Brownfield recuperate, she would have a chance to spend time with his son, Cole. Since the day she'd met him last summer, she hadn't been able to forget the tall, quiet cop with the solemn eyes. She'd fallen for him, and she wasn't about to let love slip through her fingers just because he lived halfway across the country.

Cole was wary from the minute Debbie arrived. He'd faced stakeouts and drug busts without fear, but this woman had single-handedly sent him running for cover. He'd chosen to lead a solitary life for a reason, and there was no way on earth he was going to let her weaken his resolve. The problem was, his heart had other ideas.