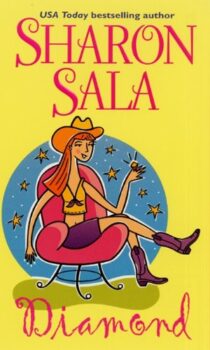 The Lady and The Legend

Two dreams could come true for Diamond Houston when her idol, Jesse Eagle, walks into the rundown roadhouse where she is singing for tips. Tall and temptingly handsome, Jesse just might be Diamond's ticket to Nashville. And Jesse does something special to her when their eyes meet -- lighting passionate fires inside Diamond with the unspoken promise of nights to remember...and the one thing she desires most of all:true love.

The voice of an angel brought Jesse back to this small town in middle-of-nowhere Tennessee. And now that he's met Diamond Houston, he is enchanted by much more than her remarkable talent. But proud and beautiful Diamond is nobody's one-night stand; if he wants her, he'll have to change his rambling ways. And everythingmay be what Jesse has to risk if he wants this rare jewel to sparkle for him alone.