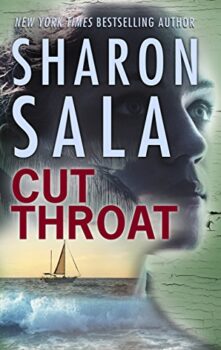 He killed her once...

Throat slashed and left for dead next to her murdered father, a thirteen-year-old girl vows to hunt down the man who did this to them---Solomon Tutuola. Now grown, bounty hunter Cat Dupree lets nothing---or no one---stand in the way of that deadly promise. Not even her lover, Wilson McKay.

Their sexually charged encounters leave McKay wanting more, but Cat is determined to keep her distance. She doesn't need a man making emotional demands, not now, when revenge is near.

Suspecting that Tutuola is still alive, despite witnessing the horrific explosion that should have killed him, Cat follows a dangerous money trail to Mexico, swearing not to return until she's certain Tutuola is dead---even if it means destroying her very soul...