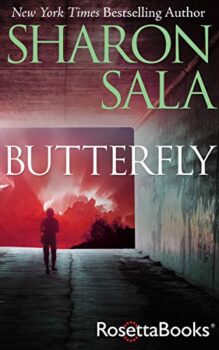 A woman in the wrong place at the wrong time must rely on a tough-as-nails cop in this romantic thriller from the New York Times--bestselling author.

Pregnant and homeless, China Brown isn't a threat to anyone. But when she accidentally witnesses a murder, the killer attempts to silence her too. Although China survives, she loses the baby who meant more to her than her own life. Distraught and alone, she finds herself turning to an unlikely source of comfort.

Hard-bitten Det. Ben English is on the case, and he thinks the victim---a celebrity photographer---was killed for the scandals his camera could expose. But there's something even more intriguing to Ben than the secrets at the heart of the crime: the star witness. Undeniably drawn to China, Ben vows to keep her safe. But as they grow closer to each other, they also grow closer to the killer.