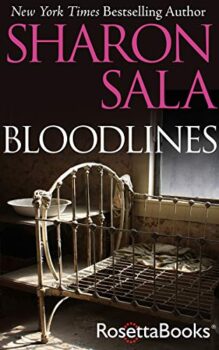 A woman's traumatic past haunts her search for the truth in this compelling romantic thriller from the New York Times--bestselling author.

Olivia Sealy was only two years old when her parents were murdered and she was kidnapped for ransom. While Olivia was ultimately returned to surviving family members, the police never caught those responsible. Decades later, Olivia's ordeal resurfaces when a child's skeleton is discovered in a hidden wall---a child with whom Olivia shares a unique family trait.

With the help of Det. Trey Bonney, her childhood sweetheart, Olivia is pulled deeper into the mystery. As she tries to connect the events of her past and present, Olivia can't help wanting to get closer to Trey. But neither counts on a madman who may hold the answer to the twenty-five-year-old mystery---a secret someone hoped was buried for good.