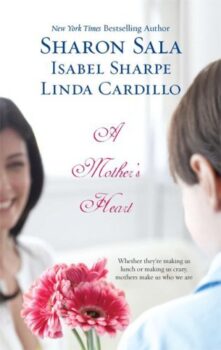 The bonds they share with their children are intricate, fiercely protected and often tested by the vagaries of modern life. This engaging collection celebrates those relationships---lost, found, newly forged, made stronger by a boundless and relentless love.

A Mother's Heart features three special women who contend with the trials and tribulations of motherhood---and find romance in unexpected ways.

A single mom rediscovers a long-ago love with help from her young son and YouTube in "The Promise" by New York Times bestselling author Sharon Sala.

A stressed-out executive lands on her birth mother's doorstep and falls for the guy next door in "You Belong to Me" by Isabel Sharpe.

A journalist helping her adopted daughter trace her roots learns a lesson in romantic destiny in "A Daughter's Journey" by Linda Cardillo.