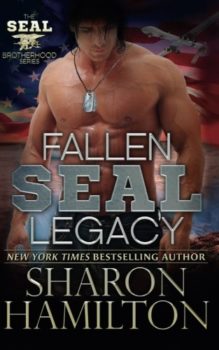 Calvin “Coop” Cooper isn’t new to heartbreak, but when tragedy strikes again, he’s forced to deal with the grief. Ordered to seek out a family of another fallen SEAL, Coop soon learns that his presence isn’t welcome. Until he meets Libby Brownlee.

Libby’s family still mourns their loss. They blame the military, and everything Coop represents. However, Libby feels a pull. Despite her family’s wishes, frosty debates turn into unbridled passion.

An unexpected turn of events thrusts Coop into a mission. This time the Brownlee’s are in danger and Libby is at the center of it. Will saving her be enough for the Brownlee’s to accept their love?