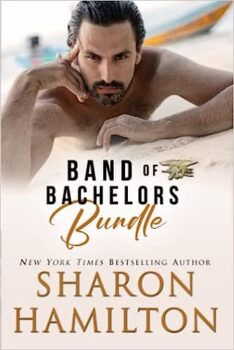 Special Operator Lucas Shipley thought his living arrangement was temporary, since getting booted from the house by his wife. He sleeps on a couch in the apartment with four other divorced Navy SEALs, thinking he’ll get the call to come home any day. He ignores the not-so-helpful advice his buddies are giving him about marriage, women and romance. Until he gets served with divorce papers.

Realtor Marcy Gelland is hired by Lucas’ soon-to-be ex-wife to liquidate all their real estate holdings and help her orchestrate a speedy departure from Lucas’ life. Based on what the hot-headed SEAL wife has told her, Marcy understands Lucas deserves every ounce of pain coming his way.
But when Marcy and Lucas are left alone together in a remote Northern California woods, they ignite a personal bonfire that threatens to burn down the whole forest. Marcy is forced to see she is wrong about Lucas.

Amidst the backdrop of hardened bachelor SEALs with their unsolicited, anti-long-term relationship advice, and a terrorist training camp operating nearby, Lucas must do what he’s always done: be the hero and save the day. But will it be in time to save Marcy?

Adrenaline junkie and Navy SEAL Alex Kowicki is one of four bachelor SEALs trying to navigate his successful military career while achieving his goals as a first class connoisseur of beautiful women. He isn’t ready to jump back into anything but his free falls, HALO drops or his missions overseas. He trusts his buddies to fix him up with another blind date that won’t be as dangerous as his last ones.

But Sydney Robinson has other plans. A beach volleyball player who can spike better than most men, and block with explosive speed to defend her side of the net, she executes a series of events to include stalking the handsome SEAL all the way to Sonoma County wine country, and delivering his carcass to her bed. Having achieved her first goal, she sets about to become a pro AVP player.

When duty calls and Alex is pulled back to Iraq to complete a failed mission, neither expects to find that the real danger is lurking very much close to home. But this fight might cost one of them their lives.

Navy SEAL Jake Green wakes up in the Honeymoon Suite at the Desert Oasis Motel in Las Vegas and can’t remember how he got there. But that’s not the only thing he doesn’t remember. A bachelor, his left hand now sports a gold wedding ring.

Navy SEAL Jake Green comes home from deployment to a family in turmoil. With the recent death of his father, his ex-wives, mother and brother are thrown into a snakepit left by his father’s poor choices. Jake and Ginger attempt to strengthen their marriage and young family amidst a dangerous deployment to Baja California. Jake’s got alimony and child support, a blown up will he’s the executor of, illegitimate siblings and a Mexican General gunning for him. It’s one thing to come home in one piece from a SEAL mission. But which mission is more dangerous? 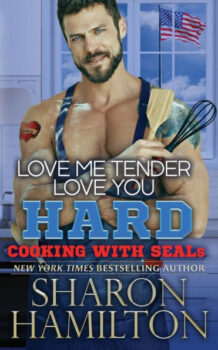