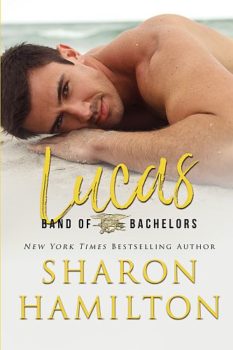 Special Operator Lucas Shipley thought his troubles were past him, when he discovers they’ve only just begun. Recently separated from his wife of five years, he gets some unwelcomed news. He thought his living arrangement, with four other separated or divorced buddies from SEAL Team 3, was temporary. Now, he understands he has to move on with his life.

Marcy Gelland is one of the smartest, most successful realtors in San Diego County. She’s hired
by Lucas’ soon-to-be ex-wife to help her liquidate their joint holdings and help orchestrate a speedy departure from Lucas’ life. Based on what Marcy’s been told, Lucas deserves any amount of pain she or her client can dish out to him.

But when they are left alone together in the remote Northern California woods, they ignite a personal bonfire that threatens to burn down the
whole forest. Marcy is forced to see she has been misled.

Amidst the backdrop of hardened bachelor SEALs with their unsolicited, anti-long-term relationship advice, and a criminal gang operating nearby, Lucas must do what he’s always done and never gotten proper credit for: be the hero that saves the day.