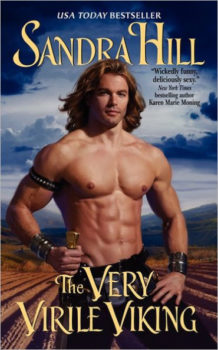 Magnus Ericsson is a simple man. He loves the smell of fresh-turned dirt after springtime plowing. He loves the feel of a soft woman under him in the bed furs. He loves the heft of a good sword in his fighting arm.

But, Holy Thor, what he does not relish is the bothersome brood of children he’s been saddled with. Or the mysterious happenstance that strands him in a strange new land—the kingdom of Holly Wood. Here is a place where the folks think he is an act-whore (whatever that is), and the woman of his dreams—a winemaker of all things—fails to accept that he is her soul mate, a man of exceptional talents, not to mention . . . a very virile viking