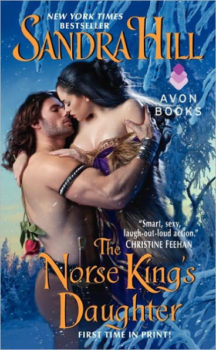 Princess Drifa can certainly see why Sidroc Guntersson is a living legend—on battlefield and in bedchamber both. But the King of Stoneheim’s daughter pitches a royal fit when she learns of the true reason for the virile Viking’s passionate attentions. A third-born son with no hope of inheriting the family jarldom, scheming Sidroc must marry and is interested in Drifa only for her father’s land and money. The barbarian is lucky she just cracks him on his fool head with a pottery pitcher!

Five years later, Drifa needs Sidroc’s protection—in Byzantium, no less!—though revenge holds more appeal for this man she left for dead. ‘Tis a pity two such perfect enemies match each other so well, passion for passion. So much so that the bold Viking berserker is soon thinking marriage again...only this time it will be on his terms!