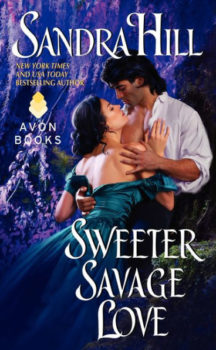 The stroke of surprisingly gentle hands, the flash of fathomless blue eyes, the scorch of white-hot kisses . . . Once again, Dr. Harriet Ginoza is swept away into rapturous fantasy. The modern psychologist knows the rough and ruthless man of her dreams is everything she should despise, a quintessential male chauvinist, yet time after time, she finds herself lost in visions of a dangerously handsome rogue straight out of a historical romance.

Harriet never believed that her dream lover would cause her any trouble, but when a twist of fate casts her back to the Old South she meets him in the flesh! To her disappointment, Etienne Baptiste refuses to ravish her and fulfill her secret wishes. If Harriet has any hope of making her amorous dreams become passionate reality, she'll have to seduce this charmer with a sweeter savage love than she'd imagined possible . . . and savor every minute of it.

Originally published August 1997 and reissued May 2006 in mass market paperback for Love Spell.