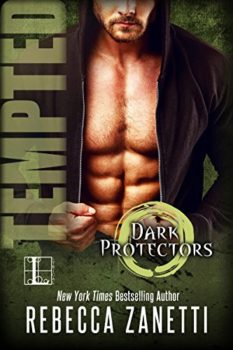 On the run from a mental institution and her vindictive half-brother, it's safe to say that Sarah Pringle's happy life as a schoolteacher is on hold. Too bad that as far as self-defense goes, "run and hide" is the best she's got. And with the monsters that started her escape hot on her heels, that's not going to cut it for long...

That is, unless Sarah has a bigger, badder, hotter monster on her side. Max Petrovsky is right at the top of the list of alpha male ass-kickers. And he knows exactly what Sarah's up against. Good thing, because the minute he sees her something primal kicks in, turning everyday attraction into red-hot desire. As long as they're cooperating, why not mix some pleasure with business? Of course, Max should probably tell Sarah he's a vampire himself...