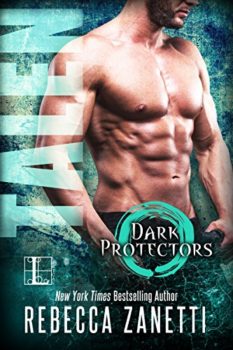 The war is over. Danger has passed. Cara Kayrs is healed after decades of illness and ready for a break.

Too bad her brooding, alpha vampire husband can't seem to change gears. In their twenty-five years together Talen Kayrs has learned to sense every shiver of her body, to ignite her desire with a word or a look. She would think he could learn she's not some fragile damsel in distress.

But Talen is on edge, watching their backs, treating her like she's made of glass. Like there's something following them, a deadly threat that somehow none of their intelligence has uncovered. It's enough to drive a woman crazy, and Talen has plenty of those tendencies already.

But what's even more maddening is that he seems to be right . . .