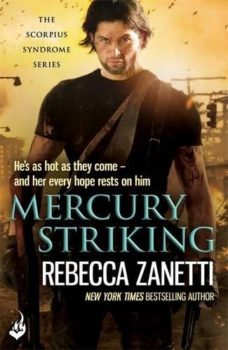 With nothing but rumors to lead her, Lynn Harmony has trekked across a nightmare landscape to find one man---a mysterious, damaged legend who protects the weak and leads the strong. He's more than muscle and firepower---and in post-plague L.A., he's her only hope. As the one woman who could cure the disease, Lynn is the single most volatile---and vulnerable---creature in this new and ruthless world. But face to face with Jax Mercury...

Danger has never looked quite so delicious...