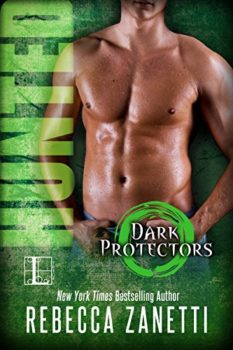 Moira Dunne is a witch—the quantum physics kind. Time and space are her playthings. Which might explain why her one-night stand from a hundred years ago has turned up to “claim” her—and request her family’s assistance with the war he’s brewing. But the more she learns about Connlan Kayrs, the more she comes to think this is normal behavior for him...

When Conn and Moira tumbled on the moonlit grass, Conn hadn’t meant to mark her for his mate for all time. She was only twenty! But it wasn’t easy to wait for her. It was even harder to forget her. So when he finally returns for his wicked-hot witch, he’s ready to let the sparks fly. Even if he burns up in flames...