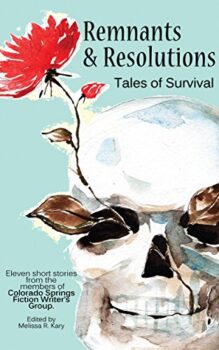 In times like this, I close my eyes and wonder, how will I survive?

Through difficult circumstances, accidents, or ordeals, the characters within these stories are challenged in ways they never imagined. Some fight physically with an enemy, while others clash with words, or with even more subtle forms of conflict. All with one goal in mind—survival…

Since 1996, the Colorado Springs Fiction Writers Group has been helping local writers improve their craft. The eleven stories featured in Remnants & Resolutions: Tales of Survival explore the many ways a person may battle with survival. Some battles are successful, and others󈻩you’ll just have to see.

The Trade by Mike Torreano

The Power of the Word by Nicole Godfrey

Balance the Book by Sean Blair

Arc of Humanity by Todd A. Walls

A Name Never Known by R.E.D.

An Act of Kindness by Micah Ward

Rekindling the Spark by A. M. Burns

Immortality on Four Packs a Day by Todd A. Wall

Other Books by Mike Torreano 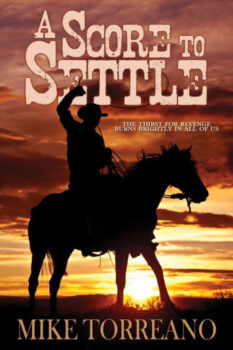 A Score to Settle 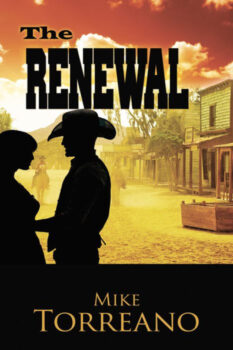 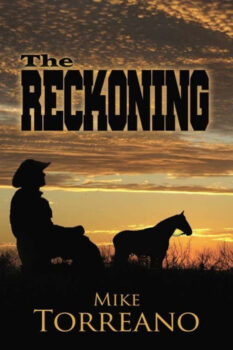 My love affair with the written word began in grade school, when my fifth grade teacher made us read a book and write a book report each week of the school year. I devoured every Zane Grey book I could get my hands on that year, sparking a lifelong love for the American West of the 19th century. Finally, I'm a student of the Civil War, and have written the first of what I suspect will be several novels centered on that agonizing, but captivating period.