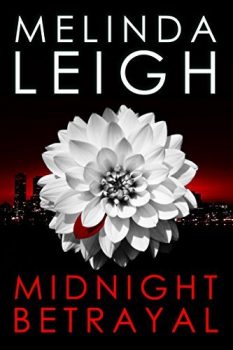 "Any time you see Melinda Leigh's name on a book cover, you know you're in for a sexy, sinister, twist-ridden read." ---USA Today

Curator Dr. Louisa Hancock left behind Maine and her troubled past for Philadelphia and a job at a prominent museum. Just when it seems that Louisa's new life is safe from her dark secrets, the body of a museum intern is found---the victim of a brutal and baffling murder.

Louisa realizes this is no random crime. And when another intern goes missing, the abduction is linked to the only man who has ever tempted Louisa's heart---Conor Sullivan, the owner of a Philly sports bar. Louisa's past has taught her to be wary, but her heart refuses to believe Conor is guilty.

Now Conor and Louisa must dodge a police investigation as they race to find the real killer before another girl turns up dead. In their darkest hour, they find themselves drawn to each other. But trusting Conor could be deadly, especially as the evidence against him mounts...and as a merciless killer targets Louisa as the next victim.