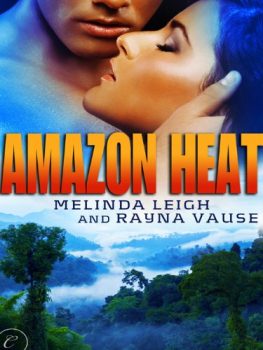 Driven by grief to find a cure for cancer, Elizabeth DeMarco left Logan Spencer to accept a position on a research expedition to the Amazon rainforest. Kidnapped by guerrillas, she was saved by a secret all-female civilization, the last of the ancient Amazons. But Elizabeth discovers she's traded one form of captivity for another.

Logan never stopped searching for Elizabeth. While consulting in the remote Brazilian interior near where she was kidnapped, Logan suffers what should be a fatal fall. Near death, he's collected by the Amazons and magically healed. Elizabeth is the first person he sees as he wakes.

But there's no time for a joyful reunion. The Amazons' mystical medicine is rapidly changing Logan. They want his DNA and plan to take it---and then kill him. Logan and Elizabeth must escape before dawn or Logan---and their second chance at happiness---is doomed.