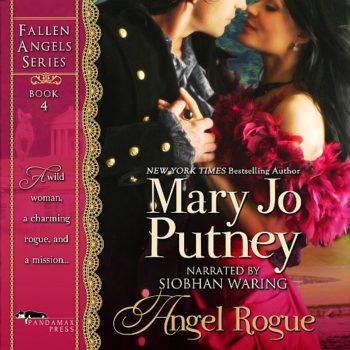 A master spy with the face of a fallen angel and a darkly heroic past, Lord Robert Andreville returns to his ancestral home in Yorkshire after a dozen harrowing years spying against Napoleon. But nothing soothes his ravaged spirit until a determined young beauty sweeps into his life.

Half Mohawk and all American, Maxima Collins is a wary stranger in a strange land, but she will let nothing halt her journey to London to learn the truth about her father’s sudden death—not even a self-appointed guardian who is all lazy charm and dangerous skill.

Together they travel across England, evading pursuers and circling each other in a dance of desire, where truth is elusive and only passion is sure. Then dark secrets shatter their idyll—and only love has the power to heal the past.