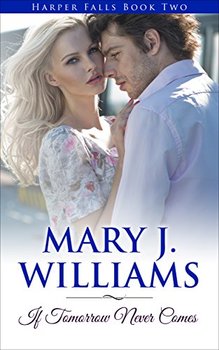 Welcome back to Harper Falls, WA, a place where love is
in the air, but danger is just around the corner.

Dani Wilde had already met the love of her life and lost
him. Two weeks of passion and romance five years ago. Then
he had walked away.

Dani thought she had moved on, She dated, enjoyed the
company of other men, even thought that she was keeping her
heart open to the possibility of another love. But when Alex
Fleming rode his motorcycle into Harper Falls, she knew she
had been kidding herself. Her heart was still his.

Alex Fleming knew what was waiting for him in Harper Falls.
His sister, his best friend, a good job, and the woman
he’d spent the last five years dreaming
about—trying to forget. At the time, walking away had
seemed like the only way. Now he has a second chance, but it
isn’t just his personal demons keeping him from Dani,
his past is about to put the only woman he’s ever
loved in danger.

He has a choice, walk away again or stay and fight.

Love has a way of catching up with you. Dani and Alex are
getting a second chance at their happily ever after. Now
they just have to be strong enough to take it.

Book two in the Harper Falls series is a stand alone story.
Look for book three, Tyler and Drew’s story,
“If You Only Knew”.