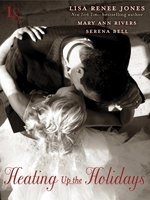 Heating Up the Holidays

As leftover turkey and stuffing give way to stockings and little black dresses, this tantalizingly sexy eBook bundle offers up holiday-themed novellas from a trio of beloved romance authors. Lisa Renee Jones gives a dedicated reporter and a powerful businessman a chance to count their Thanksgiving blessings in Play with Me; Mary Ann Rivers presents Snowfall, the story of a woman who confronts a life-changing event—hopefully with a special man by her side—just in time for Christmas; and in Serena Bell’s After Midnight, an explosive New Year’s kiss leaves two strangers wondering whether they’ll ever see each other again.

PLAY WITH ME by Lisa Renee Jones

Kali Miller has spent three years reporting fluff stories, waiting for the article that will launch her career to new heights. When she suddenly finds herself forced to take a job as an executive secretary at a Vegas casino, Kali meets the subject of what will surely be a shocking exposé: her boss, Damion Ward, the arrogant and undeniably sexy CEO. But after Damion invites her to help him plan a Thanksgiving charity event, Kali begins to see another side of the man. And when she surrenders to the exhilarating tension simmering between them, Kali hopes her story will have a happy ending.

AFTER MIDNIGHT by Serena Bell

The clock is ticking down to midnight on New Year’s Eve, and all Nora Hart and Miles Shephard can think about is kissing each other—even though they met just minutes before. Then, as fast as Miles enters Nora’s life, he’s gone . . . and she never even gets the name of the man she thinks might just be “the one.” One year later, Nora and Miles are reunited. The chemistry between them is just as strong as they remember. But Miles broke her heart once before—and this time around, Nora’s not sure whether she can give love a second chance.

Other Books by Mary Ann Rivers 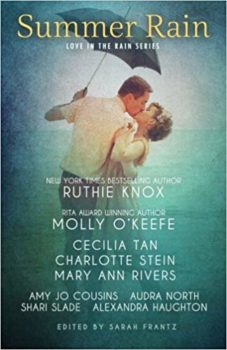 Summer Rain
Love in the Rain Book 1
* This site contains affiliate links to products. We may receive a commission for purchases made through these links. Specifically, Writerspace is a participant in the Amazon Services LLC Associates Program, an affiliate advertising program designed to provide a means for website owners to earn advertising fees by advertising and linking to amazon.com, audible.com, and any other website that may be affiliated with Amazon Service LLC Associates Program.