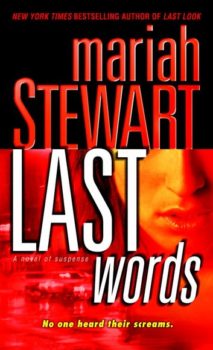 A nine-year veteran of the FBI, Special Agent Mia Shields thinks she's seen it all. But nothing prepares her for the terror that descends upon the idyllic bayside community of St. Dennis on Maryland's Eastern Shore, where a depraved killer has left a grisly surprise for chief of police Gabriel Beck: the body of an unidentified woman, naked and completely encased in plastic wrap, stretched across the backseat of Beck's car. Hidden in the wrapping is a tape recording of the victim's last, gasping words, terrifying evidence of the horror endured at the hands of a madman. Soon the body count begins to rise as more victims are found, all gruesomely cocooned, their final pleas captured on tape.

Determined to capture the sadistic killer, Beck and Mia team up and set a trap---with Mia as bait. But their prey is closer than they ever could have imagined. Now Beck must race against time to save Mia from becoming the next victim of a serial killer as elusive as he is evil...