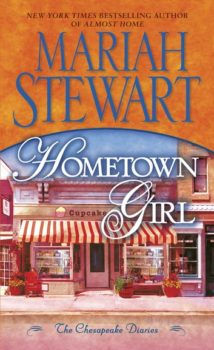 Life was always just about perfect for Brooke Madison Bowers. She was the prettiest, most popular girl in small-town St. Dennis, Maryland, a prom queen, local pageant star, and the pride and joy of her loving parents. She even married the man of her dreams. But the promise of happily ever after fell to pieces when her husband was killed while serving in Iraq. Brokenhearted and longing for the solace of better days, she returns to the idyllic world of St. Dennis, and the familiar comfort of the family farm. Surrounded by her loving family and friends, she's determined to build a new life, complete with her own cupcake bakery. She's equally determined never to fall in love again.

For Jesse Enright, life has been a challenge. A fourth-generation attorney, he's spent his life fighting to escape the shadow of his irresponsible father. Now he's moved to St. Dennis to run the family law practice, and he's ready to find the right girl, get married, and settle down. But his carefully laid plans go out the window when he meets Brooke and finds himself caught between the unbreakable law of attraction and Brooke's resolve to go her way alone---despite the undeniable feelings Jesse stirs in her. But just like catching lightning in a bottle, is it possible to fall head-over-heels, heart-and-soul in love all over again?