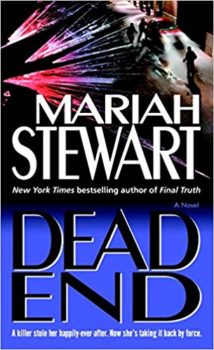 Two years ago, a major FBI undercover drug deal suddenly went south---andd special agent Dylan Shields went down in a hail of bullets. When the dust cleared, his fellow agent (and fiancee) Anne Marie McCall was left alone with too many unanswered questions and nothing to do but hit the job as hard as she could to dull the pain. Only now is she beginning to ease up on her punishing routine as a Bureau profiler and starting to let some light in again. Detective Evan Crosby had a lot to do with drawing Annie back into life, and she's not about to let her chance at happiness with him slip away.

But before she can embrace a bright new future, she must grapple with the dangerous past whose demons of doubt and suspicion won't let her sleep at night . . . and whose dead will never rest in peace until justice is served. That means going places where someone doesn't want Annie to go and maneuvering a minefield of dirty tricks and deadly threats in order to make a cold case hot enough to get the right people sweating. The harder Annie squeezes, the more blood, lies, and betrayal she wrings out . . . and the closer she comes to connecting a face to the trigger finger that blew away her dreams---and Dylan Shields. What she doesn't know is that the killer she's closing in on is looking for closure too. The kind that only Annie's death can bring.