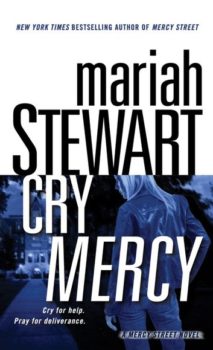 Abandoned shortly after her birth, Ann Nolan knows what it's like to grow up unwanted, without a real home or a loving parent. Now a California beat cop, she's adopted the daughter of a notorious drug dealer and has become a loving single parent to Chloe. When the ruthless father makes it clear he'll stop at nothing to take back his only child, Ann flees across the country, changes her name, and starts a new life --- as an investigator for the Mercy Street Foundation, the billionaire-endowed organization dedicated to finding missing persons. As Emme Caldwell, she takes the lead on the Foundation's first case. Nineteen-year-old Belinda Hudson disappeared from her sorority house leaving behind one cryptic clue on her calendar for the day she went missing. Retracing the vanished student's steps leads Emme to Heaven's Gate, a fertility clinic, and the mysterious Donor 1735.

As Belinda's legal guardian, Nick Perone is determined to shadow Emme's every move as she searches for his niece. But the closer Emme gets to Donor 1735 and the chilling truth, the more apparent it becomes that she's escaped one dangerous man only to run head-on into another, one who's far more determined, and every bit as deadly.