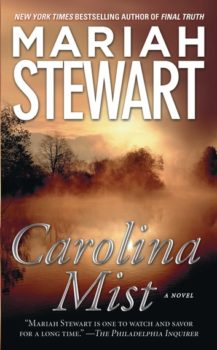 Can they rekindle the passion of their first love? On the fast track at a Philadelphia consulting firm, Abigail McKenna has put her personal life on hold, content to focus on her professional success. But when she's suddenly laid off, Abby finds herself with a dwindling savings account and no promising job prospects. So when a letter arrives holding the solution to all her financial problems, Abby is relieved but saddened: Her dear Aunt Leila has passed away, naming Abby the sole beneficiary of her majestic Victorian estate in North Carolina.

But Abby is in for a few surprises. When she travels to claim her inheritance, instead of finding the elegant mansion of her childhood memories, she discovers her aunt's home in shambles, and her aunt's best friend, Belle, who appears to be staying as a permanent guest. Although everything about Primrose may have changed, Abby still has her memories---especially those lazy summer days and warm summer nights spent with Alex Kane---a past love she can't forget. . . .