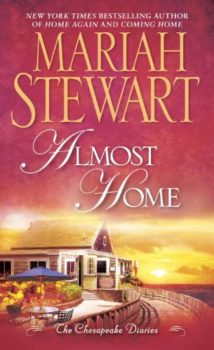 When she was young, Steffie Wyler always knew exactly what she wanted to do with her life: 1. Make ice cream. 2. Marry the coolest boy in town. 3. Live happily ever after. These days, Steffie is the proud owner of One Scoop or Two, a wildly popular ice cream parlor. But the cool guy left town right after high school, before they could scratch the surface of their mutual attraction to see what, if anything, lay beneath. Steffie's made a great life for herself in St. Dennis, but true love has never come knocking.

Wade MacGregor left for college in Texas and remained there to start a successful business with his best friend, Robin Kennedy, but he's always felt something was missing. Then life throws him a curveball: A third partner has robbed the company blind, and Robin has died---but not before entrusting Wade with a precious secret. Now back in St. Dennis, Wade's determined to do whatever it takes to protect his friend's legacy---and to figure out, once and for all, if the sparks that fly whenever he's with Steffie are just temporary fireworks or the lights in the window leading him home.