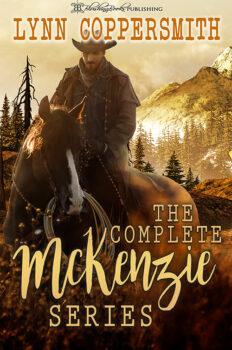 The Original McKenzie Series: Three handsome, eligible brothers and the unlikely women who win their hearts.

She was looking for a fresh start, but she didn't realize she would find true love. Two years after becoming a widow, Naomi Tisdale is determined to make a new life for herself in Oregon. She is not interested in marriage. In fact, she really just wants to be left alone. But when she meets her new neighbor, she is no longer interested in solitude, and she's determined to gain more than just his friendship.

Aidan McKenzie knows immediately that Naomi is the woman he wants for a wife. With her beauty, charm, intelligence, and willingness to work hard, she embodies everything he has been searching for. But scars from her first marriage remain, and Aidan wonders whether he can convince her to take a second chance on love.

When a devilishly handsome man discovers a beautiful, naughty angel, it could be a match made in heaven. When Sarah Martin wakes up at the McKenzie farm, she can't remember anything about her past. She has no idea whether she is married or engaged. She only knows that her rescuer surpasses every fantasy she has ever had about her ideal man. She quickly learns that absolute pleasure can be hers, but only if she is willing to submit to him.

Brian McKenzie had given up on finding a wife. He knows that he needs a woman who is willing to accept his domination. When he discovers just such a woman in Sarah, theirs seems like the perfect match. But secrets from her past threaten to destroy their happiness, and it is up to Brian to protect his naughty angel and secure her as his bride.

Sometimes, the long and winding trail is the one that leads to love. Selena Darcy thought she would never marry. Her stepfather's abuse has left her wary of men. She wants only to get as far from her stepfather as possible by joining her sister in Oregon. But when she meets a handsome stranger who can help her travel across the dangerous Oregon Trail, she realizes that he might be the one man she can trust with her heart.

When Liam McKenzie agrees to help Selena, he doesn't realize she will turn his world upside down. He is sorely tempted by her beauty, but he isn't ready to be tied down to a wife. But as they make the grueling trek over more than two thousand miles in a covered wagon, he can't help but fall in love with his travelling companion. Now, if he can only convince her that he is the husband she needs before they reach the end of the trail.

Other Books by Lynn Coppersmith 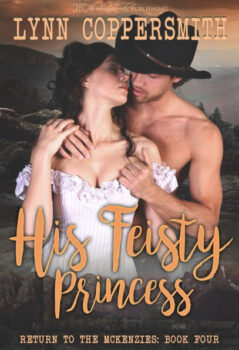 His Feisty Princess
Return to the McKenzies Book 4 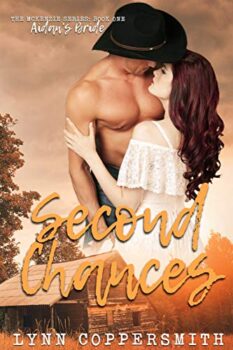 Lynn Coppersmith loves romance novels, the steamier the better. She began writing as an outlet for her active imagination, and she soon found that she loved bringing characters to life on the page. While she enjoys many genres, historical romance has always been her favorite. She lives in the Pacific Northwest with her husband and three children. When she’s not writing, she loves hiking, cooking, knitting and, of course, reading the steamy works of other romance novelists. Lynn loves hearing from her readers, and they can connect with her by email or through Facebook.