In Erin's Kiss by Lora Leigh, ex-Marine Turk has become Erin's sworn protector. The target of her CIA-operative brother's foes, Turk is the only port Erin has to cling to in a storm. He promised her brother long ago never to touch her---but how can he resist a woman who aches to be with him as much as he burns for her?

In misTaken by Laurelin McGee, Jaylene is an independent woman whose feminist values run deep. The last thing she wants is a man telling her what to do. Until she meets her mysterious new neighbor. He makes her realize that you can still be strong and relinquish control... in the bedroom. But as their passion consumes them, Jaylene isn't sure he is who he says he is.

In Burn for Me by Shiloh Walker, Tate longs to spend his nights with Ali, a woman he's loved for years. But while Ali's heart aches for him, her head has reservations. Ali knows that Tate has unresolved anger that is a force to be reckoned with...but the heat that blazes between them is undeniable. Now both Tate and Ali are left to wonder: Can love really conquer all? Burn for Me, "A Secrets & Shadows Story #1", was origianlly published April 2014 in eBook format by St. Martin's Paperbacks.

In Tangled by Kate Douglas, Nate shows up to work at Tangled Vineyards ready to do what he loves best---craft award-winning wines. But when something better comes in the form of Cassie, the winemaker and former owner, Nate is completely love-drunk. Getting involved with Tangled's mixologist is a bad way to start off a new job, but with Cassie as a temptation, Nate doesn't stand a chance. 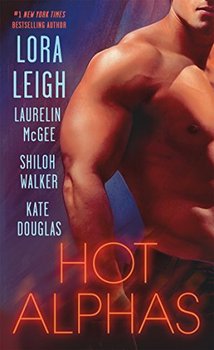