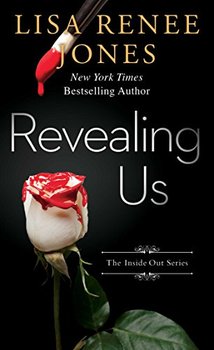 The Inside Out Series #3

Revealing Us
by Lisa Renee Jones

New York Times bestselling author Lisa Renee Jones takes readers on the ultimate journey of sensual discovery in Revealing Us, the unforgettable third installment of the Inside Out series.