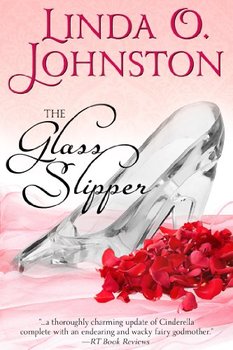 "By the stroke of midnight you must kiss the handsome prince who will bring you bliss."

Can fairy tales come true? Paige Conner doesn't think so--except that she happens to have a fairy godmother, Millicent. When Paige lands a new job as historian in the wonderful monarchy of Dargentia, she suspects Millicent's involvement. And once Paige meets the handsome hunk of a ruler, Prince Niko, she can only hope her fairy tale has a happy ending.

The Glass Slipper is a contemporary Cinderella story reminiscent of "Grimm," "Once Upon a Time," and "Once Upon a Time in Wonderland," not to mention the fun movies "Ever After," "Elle," and the "Cinderella Story" films. This is a sexy romance filled with suspense and a hint of the paranormal that will appeal to a wide range of readers hoping to escape into their own happily ever after.