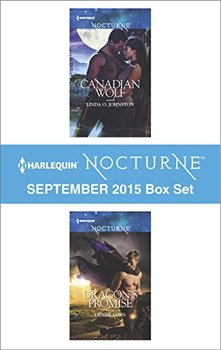 Do you harbor passionate otherworldly desires where the
normal and paranormal collide? Let Harlequin®
Nocturne bring you into dark and dangerous territory where
your senses will be awakened.

When their passion ignites in the remote Canadian woods,
the tension between Owen and Selena puts the joint mission
in jeopardy. Can they learn to trust each other while
tracking the enemy? Or will a cunning foe lure them into a
dark and deadly endgame?

The tasks in front of Sean were
not easy. He’d had to give his family’s enemy
all he demanded…and then become what he’d feared
the most. Would this mission cost Sean the last shreds of
his humanity, or could love finally tame the beast within?