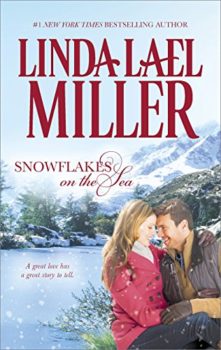 Snowflakes on the Sea

Snowflakes on the Sea
by Linda Lael Miller

Nathan and Mallory McKendrick remember the troubles and triumphs they faced in the early days of their marriage. But their love story is far from over! It's a story they tell each other often...especially at Christmas.

International singing sensation Nathan McKendrick had it all---the looks, the talent, the charisma. It's not surprising that half the world was infatuated with him! No one more so than his wife, Mallory. The success of their marriage had always defied the odds---and the rumors. Then, suddenly, the bond between them was damaged, and Nathan and Mallory had to choose---fight for the love they still shared or let circumstances destroy it.

In the end, there was only one choice. They had to save their marriage.

And now, every year that goes by, every Christmas they spend together, reminds them that their love is everlasting....