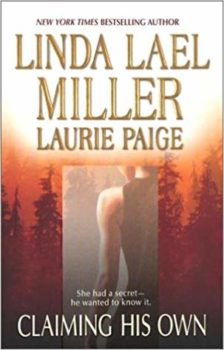 Claiming His Own
by Linda Lael Miller, Laurie Paige

Two complete novels in one volume include Linda Lael Miller'sRagged Rainbows, in which a woman with a mysterious past, finds her secrets being revealed one by one when a stranger with his own dark past comes to town. Original.