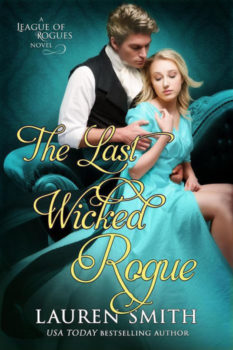 He’s the last Rogue standing, and the wickedest…

Charles Humphrey, the Earl of Lonsdale is infamous for his seductions. With laughing gray eyes and a halo of blond hair, he’s every woman’s wicked dream. Beneath that devil-may-care grin he has a painful past that has made him sure love was not for him, even as the rest of his friends, the members of the League of Rogues, settle down in wedded bliss. When he accidentally rescues a mysterious beauty with eyes as haunted as his own and shares one life-changing kiss with her, she vanishes in the night. Charles vows to find this angel who might yet save his soul but he knows anyone he cares about is in grave danger when an old enemy resurfaces a final time for revenge…

She’s the only woman who can save him…

Lily has secrets, too many secrets. When she’s abducted and taken into the London underworld by a gang of nefarious brutes, she’s rescued by Charles, the one man who can never know her past. She can’t let him discover her feelings or her secrets, but she can’t resist sharing one kiss with him before escaping his passionate embrace. That taste of the last bachelor of the League of Rogues leaves her desiring a future she cannot have — especially when her master demands she prove her loyalty in a most deadly way…

Warning: This book contains a scandalous rogue with a heart of gold, a lady who risks it all to save him, and a league of rogues who value friendship and love above all else. 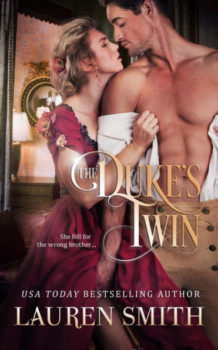