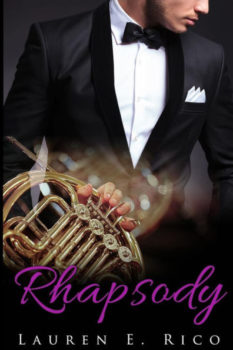 Top cellist Julia James has begun a whole new life—happily married and expecting her first child. She is finally poised to have the life she’s always dreamed of and she is finally able to put the past behind her.

Unfortunately, the past isn’t quite done with Julia yet.

Riding high on his gold medal win at the Kreisler International Music Competition, Jeremy Corrigan is stunned to find his reputation in tatters, along with his plans for fame and fortune. But Jeremy isn’t one to tolerate failure.

Once he has determined that Julia and her husband are to blame for his troubles, there’s nothing he won’t do to regain control over his fate…and theirs.

Love, redemption and betrayal collide in the dark romance, RHAPSODY.

Other Books by Lauren E. Rico 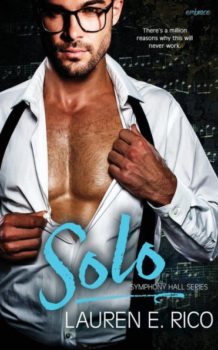 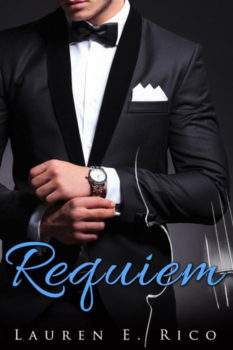 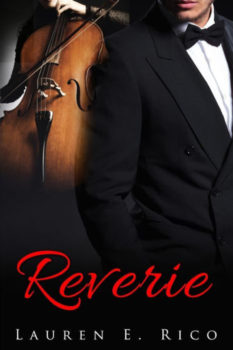 Gracie Award-Winning radio host Lauren Rico is one of the top classical music broadcasters in the country. Her voice is heard nationally on SiriusXM’s Symphony Hall channel, as well as on radio stations in New York City, Charlotte, and Tampa. She’s even been known to accompany travelers as they fly the skies over Thailand, Oman, and China as part of the in-flight entertainment on several airlines. Her love and passion for classical music have allowed her to breathe new life into the stories of the great composers. And now Lauren is telling some stories of her own… Beginning with her erotic thriller, Reverie (Harmony House Productions, 2016), she set out to “put the sexy back in Bach,” creating a riveting tale of passion, deception and redemption set against the backdrop of an international music competition. She rounded out the trilogy with Rhapsody (Harmony House Productions, 2016) and Requiem (Harmony House Productions, 2017). From there, Lauren partnered with Entangled Publishing, LLC, to create the first in her Symphony Hall series of romance novels, Solo (Entangled Publishing 2017). Her most recent release, Blame it on the Bet, is the first in the five-book Whiskey Sisters series (Entangled 2017). Upcoming projects include four more Whiskey Sisters romances, a follow-up to Solo and a super-secret, as-of-yet-unnamed thriller. Lauren hopes to bring classical music to a new audience by showcasing it in twisty, steamy stories that grab the reader and keep them turning pages — and YouTubing the music — into the wee hours. When she’s not on talking on the radio or typing on her laptop, Lauren enjoys time with her husband and spectacularly spoiled mini-schnauzer.