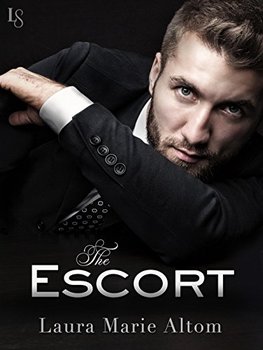 The Escort
by Laura Marie Altom

In Laura Marie Altom’s scorching new Shamed novel,
perfect for fans of Kendall Ryan and Claire Kent, two broken
hearts push one another to the breaking point—until
love changes everything.

Having lost the woman he loves to his best friend, Nathan
Black swears off dating and playing by the rules. He’s
also tired of being broke. His new gig as a male escort
isn’t exactly legal, but the cash will help him build
a solid future. Then there’s the sweet, innocent woman
he meets at the wedding. It’s not the last night that
ends with the two of them in bed together, and Nathan sure
could use a little stability. But how could a good girl like
her settle down with a screw-up like him?

Feeling sorry for herself at her boss’s wedding, Carol
Moore finds herself hooking up with a close friend of both
the bride and groom. Nathan is hot, adventurous, and just a
little bit dangerous. But when one of their sexy games goes
too far, Carol discovers how out of control Nathan’s
life really is. And before long Carol is forced to choose
between her safe old life and the bad boy who makes her feel
like the woman she’s meant to be.