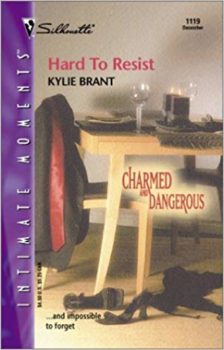 Hard to Resist
by Kylie Brant

Two years after a brief but unforgettable weekend together, attorney Addison Jacobs and handsome investigative reporter Dare McKay reunited to work on the high-profile kidnapping case she was prosecuting. But the more evidence they unraveled, the more endangered their lives became...and the hotter the passion between them grew