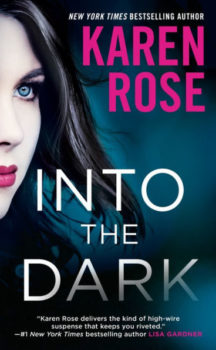 Into the Dark
by Karen Rose

Michael Rowland is not your typical teenager. Deaf from birth, he’s always looked out for his five-year-old brother, Joshua. When his stepfather comes after Joshua, Michael takes the child and runs. He’s determined to protect his brother at all costs, even if that means making himself vulnerable to a danger he can’t hear coming. And the danger intensifies when Michael witnesses a stranger kill his stepfather.

Desperate and afraid, the boys have nowhere else to go but to Joshua’s soccer coach, journalist and ex-Army ranger Diesel Kennedy. When Diesel sees that Michael is injured, he takes them to see Dr. Dani Novak—not only because she’s fluent in American Sign Language, but because he’s drawn to her and everything she stands for. She never refuses Diesel’s requests—because she, too, feels their connection—but she resists him for reasons she doesn’t want to confess.

When Dani and Diesel learn that Michael saw the face of his stepfather’s killer, they fear for his safety. But they quickly discover that it’s even worse than they feared: They may have a serial killer on their hands—and all signs point to Michael as the next target.

Other Books by Karen Rose 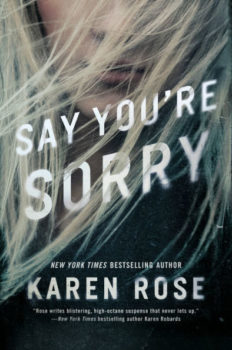 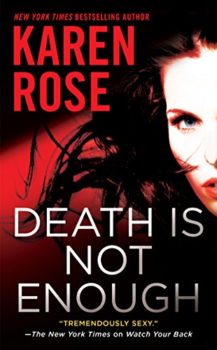 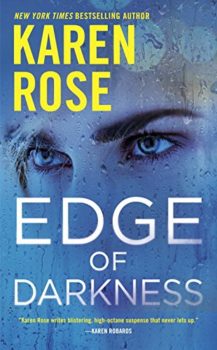 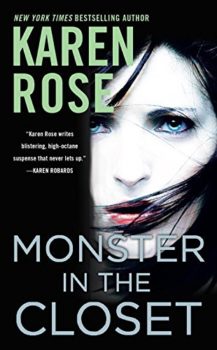 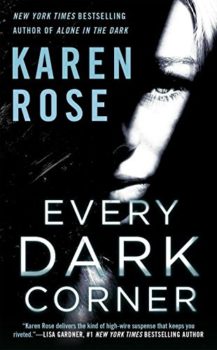 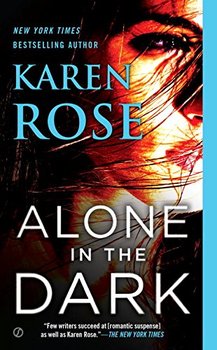 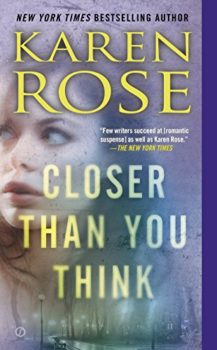 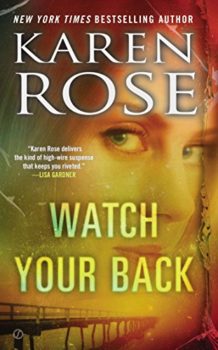 Watch Your Back
Baltimore Series Book 4

Did You Miss Me?

No One Left to Tell

You Belong to Me

Karen Rose fell in love with books from the moment she learned to read, Jo from Little Women and Nancy Drew becoming close childhood friends. She started writing stories of her own when the characters started talking in her head and just wouldn't be silenced. When she's not writing stories for readers, Karen writes stories for computers - programming keeps the other side of her brain out of trouble. She lives in sunny Florida with her fantastic husband - an avid fisherman, and two wonderful daughters who also love to read - and write!